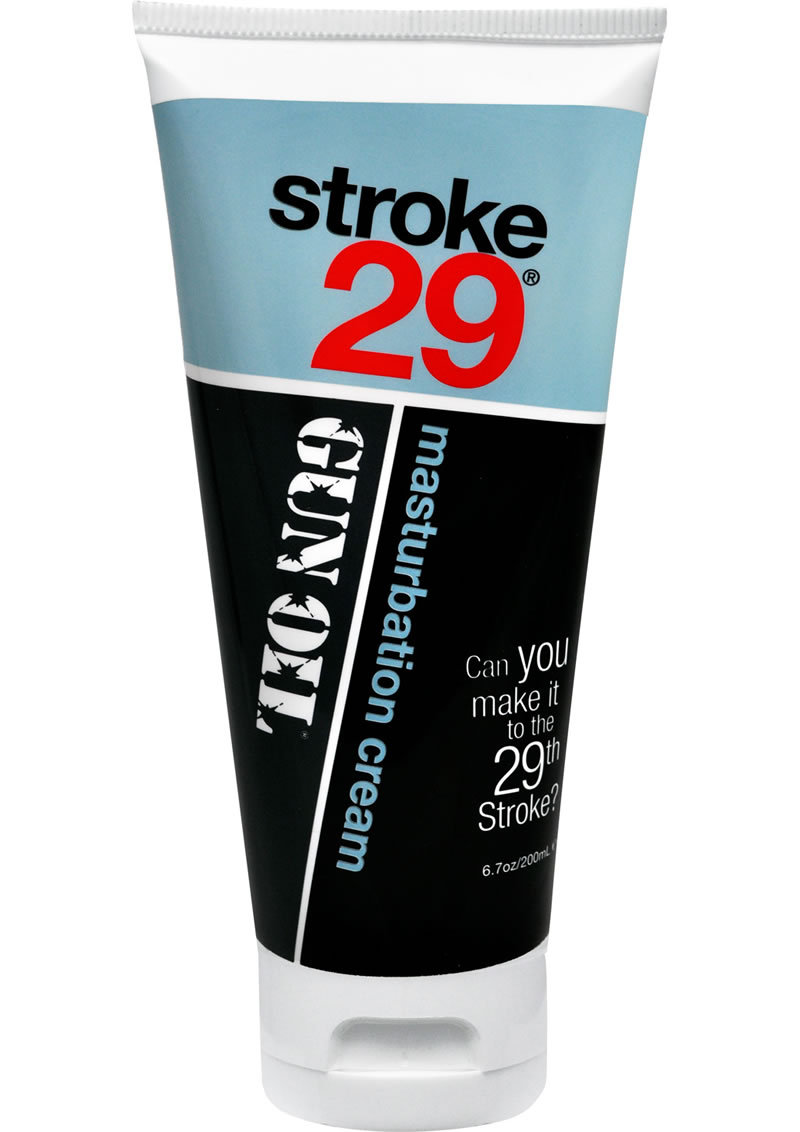 I used about a teaspoon full, but maybe didn't need that much. Stood in front of a large mirror and stroked slowly with my left hand. After several minutes, the effect seemed to suddenly change: I felt an increase in the hardness of my erection and a much increased level of arousal. Nice! Without consciously thinking about it, I switched to my right hand and began stroking more rapidly. I spent several more minutes feeling immense pleasurable. Stroke 29 feels like a smooth salve, not oily, greasy, or sticky. It gave me an enormous ejaculation. Great stuff and well worth the price. I'll continue to experiment on the appropriate amount.

WOW IS ALL I CAN SAY. DOES EXACTLY WHAT IT SAYS!!!